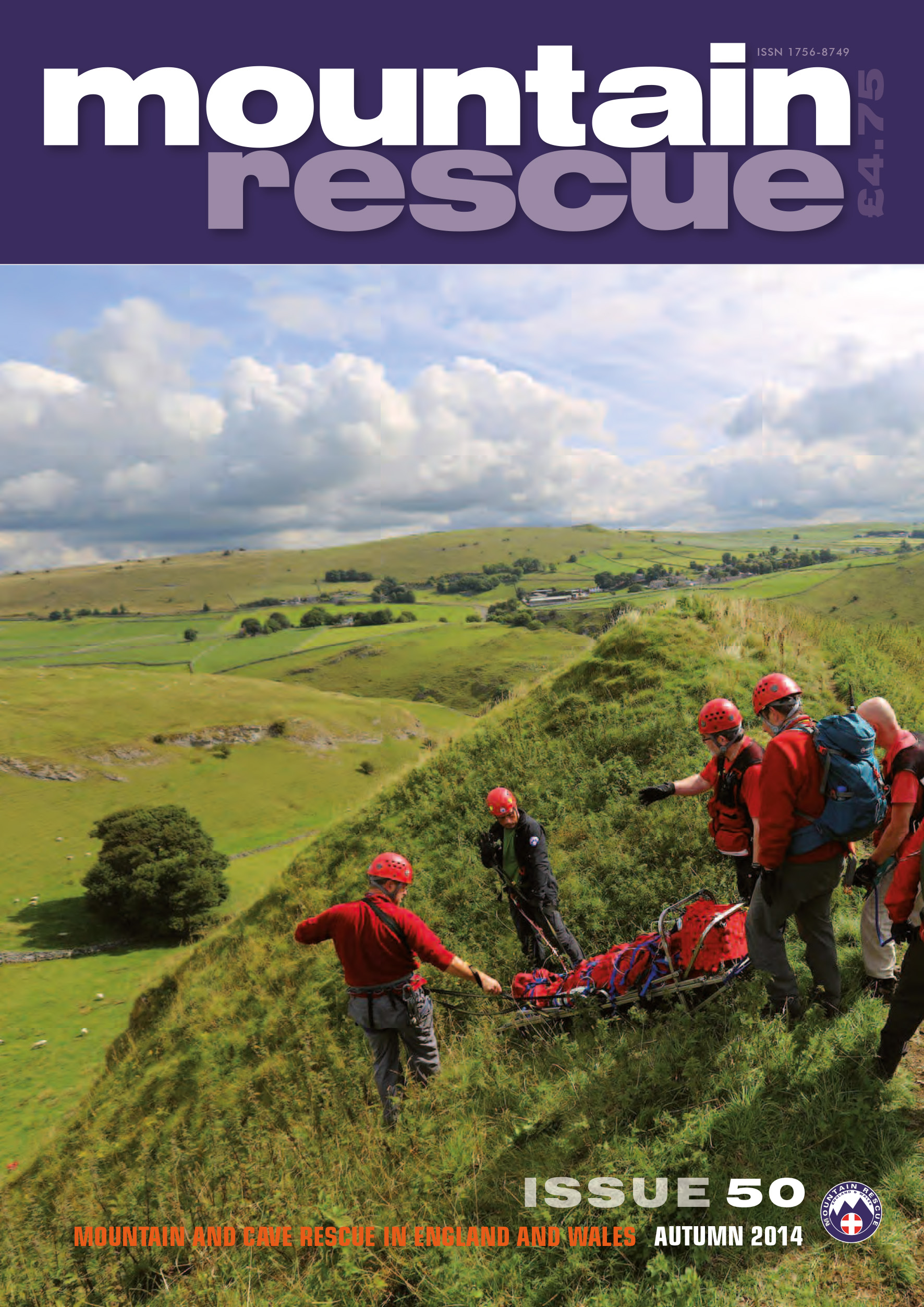 Perhaps not surprisingly, mountain rescue team members occasionally get injured too. In this issue, Jules Carter described his experience of being the casualty in a cave rescue accident whilst on holiday in France. Elsewhere, Patterdale MRT celebrated their fiftieth anniversary, Russ Hore talked us through everything we need to know about GIS technology in search and rescue, Mike Greene reported on a recent audit of drug use and John Gordon continued his series of articles looking at the geology of Scotland.